After the sermon, people navigated south
of the cherry oak synagogue, California sun
Blistering through the sky windows,
the rabbi sang the verse in a tempo
of an old trumpet in the back of a jazz club,
rusty, but on cue, full or air and emotion

one woman carried her prayer book to the hallway,
she was asking when it would be time for the
mourner’s prayers, said on the holiday,
“In five minutes,” she was answered

a blaze of fire shot out through the building,
the rabbi holds up his hands, blocking
the instigator, carrying the brunt of the bullet,
Losing fingers, then ushering out the children
while people run, run, run
To the south side of the synagogue,
Out the glass doors of the cherry oak building

I see a brave rabbi, a man of guts and faith,
his shirt was white, the color of fresh sand
on a California coast, His eyes were blue,
open and embracing,
his fingers that remain—
they are red,
like the sound of life in a miracle.

Lea Lumi’ere is a visual artist and writer from New Jersey. She is the author of “Olive Rain” poetry collection. Her work has been published in Unvael Journal, and various other journals. You can find more of her poetry on Instagram @lealumiere.

Her book Olive Rain Collection is available through Amazon. 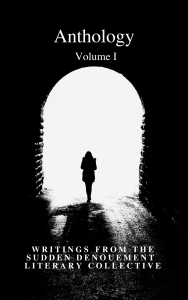